Become a financial buddy with AntworksMoney and earn sitting at home or in office just by referring your friends and relatives for loans, credit cards or other investment options. 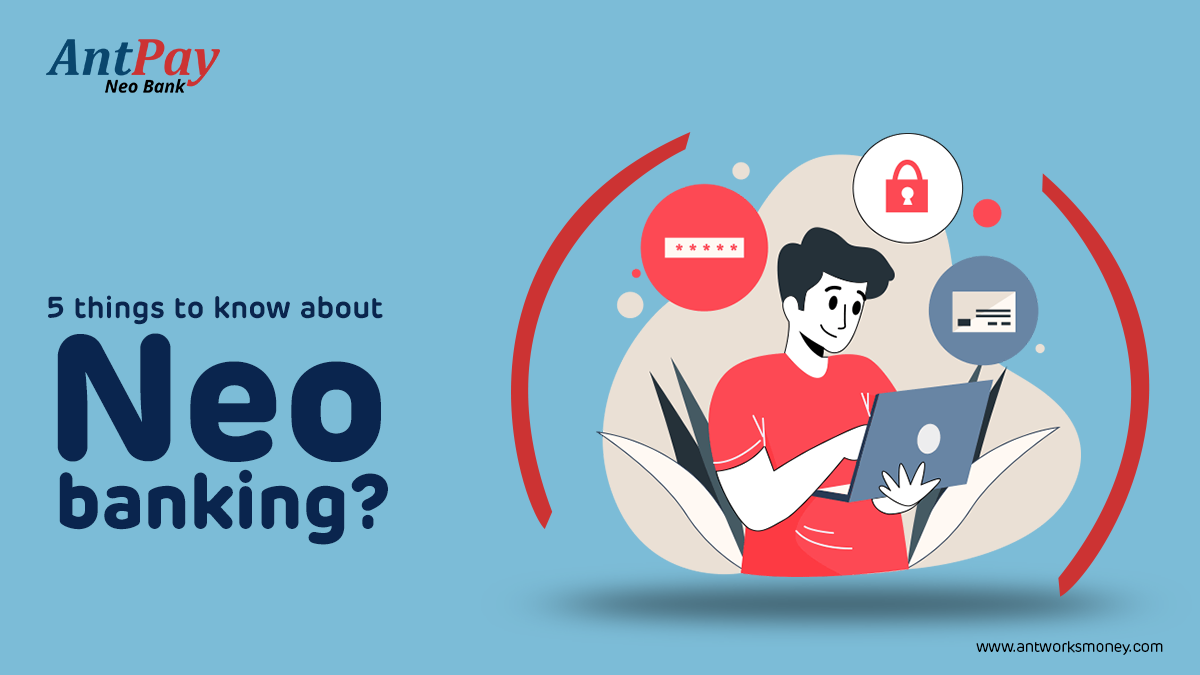 5 Things to Know About Neo Banking

Neo Banking might not be a familiar term for everybody. Even though most of us are not familiar with the term neo banking it is being adopted universally. It is used for properly describing the sub-industry of banking which is not completely digital banking. We need to properly understand the neo banks because they are completely digital. Apps like AntPay are offering the best new banking services to customers.

This is the reason they are not having any physical branches which will eliminate the chance of any face-to-face interaction. They will operate completely on digital channels along with their services using the mobile or web application. We can say that neo banking is one of the major challenges happening right now against the traditional banks in the online world. There are the 5 most important things which need to be known about neo banking.

New banking is completely new in the online world and it is quickly facing growth. According to various studies within the year 2019, it has gathered around 30 million customers worldwide. The customers are majorly from populated markets like India and China. It is also estimated that it will even grow more customer base in the UK within the next 12 months to achieve the target landmark of 35 million user base. New banks are considered the fastest-growing segment.

According to various analyses, most of the traditional banks can invest more than 70% for maintaining the legacy systems as their IT budget. Neo banks are having the major advantages of no requirement for maintenance of legacy systems which is why 70% of the costs are lower for maintaining their service. It is mainly dependent on standardized APIs for the back end and microservices. They are mainly focusing on the front-end frameworks which are open source for developing mobile and web modern apps like AntPay.

Neo banks are completely dependent on JavaScript frameworks and libraries which is the main reason for the reduced time in the market. According to various analyses of neo banking applications such as AntPay are continuously adding around 10 new features per year. Comparatively traditional banks are adding six new features in their applications. Most importantly they are having reduced loading time along with great performance which is the reason more than 42% of the applications are having fast performance than the traditional banking apps.

According to the neo banks, the customer is the main reason for their business and they are offering completely customer-centric application services. All the actions taken by the neo banks are entirely based on the feedback from the customers. According to surveys, more than 90% of the consumers are completely satisfied with the neo banks. Whereas in terms of traditional banks the figure stands around 66% and it is continuously decreasing.

Neo banks are completely prioritizing the development of the performance over the security. Due to this, there are two major security gaps are having which include client-side data breaches and exposed client-side JavaScript. Apps like AntPay continuously upgrade based on feedback to gain customer trust with proper functionality and security.

Get in Touch with an Expert

We will not spam you!